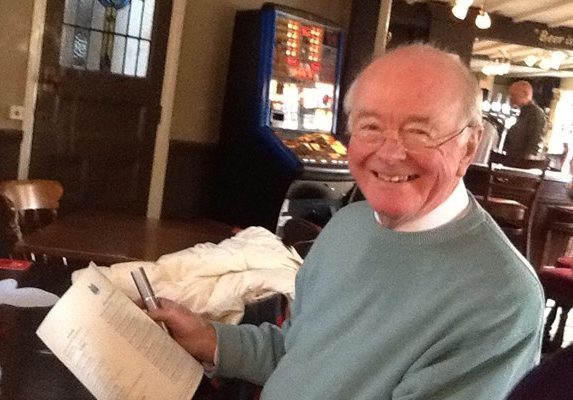 Gordon and Judith Cawthorne are two of our regulars at Theatre Royal and are also patrons! They are hugely supportive of the theatre and Gordon has decided to take part in the 200 for 200 Sponsored Walk.

When asked about his history with the theatre and why he decided to take part in the fundraiser, Gordon said:

‘I suppose I have always been drawn to the theatre, having been a London child of theatre-going parents. Theatre Royal has evoked vivid memories of school plays at The Scala (Charlotte Street, not Milan!) and of course thrilling pantomimes. But I realise that the modern-day theatre must go on for all our sakes. It is an invaluable local resource and under its present direction it must be kept going for all in this lovely old town, and for that reason I am happy to do the Walk, even at my advanced age.‘

Gordon is 87 years young with two new knee replacements. His support of the theatre and willingness to take part in the Sponsored Walk is invaluable and a huge motivator to all who hear his story. A huge thank you to the Cawthornes for their continued support. Good luck Gordon and we will see you back here at the theatre on Monday for well earned drinks and snacks!

To sponsor Gordon, head on over to his JustGiving page where he is absolutely smashing his Money Raised target!